I always knew I’d dread the potty training stages, but nothing prepared me for the two years of trial and error that potty training would become. Like most moms, I started off very optimistic. I thought the sooner I get him going, the better. After all, there are some moms who potty train their babies straight out of the womb. But for me, I thought starting at age 1 was reasonable and possible. 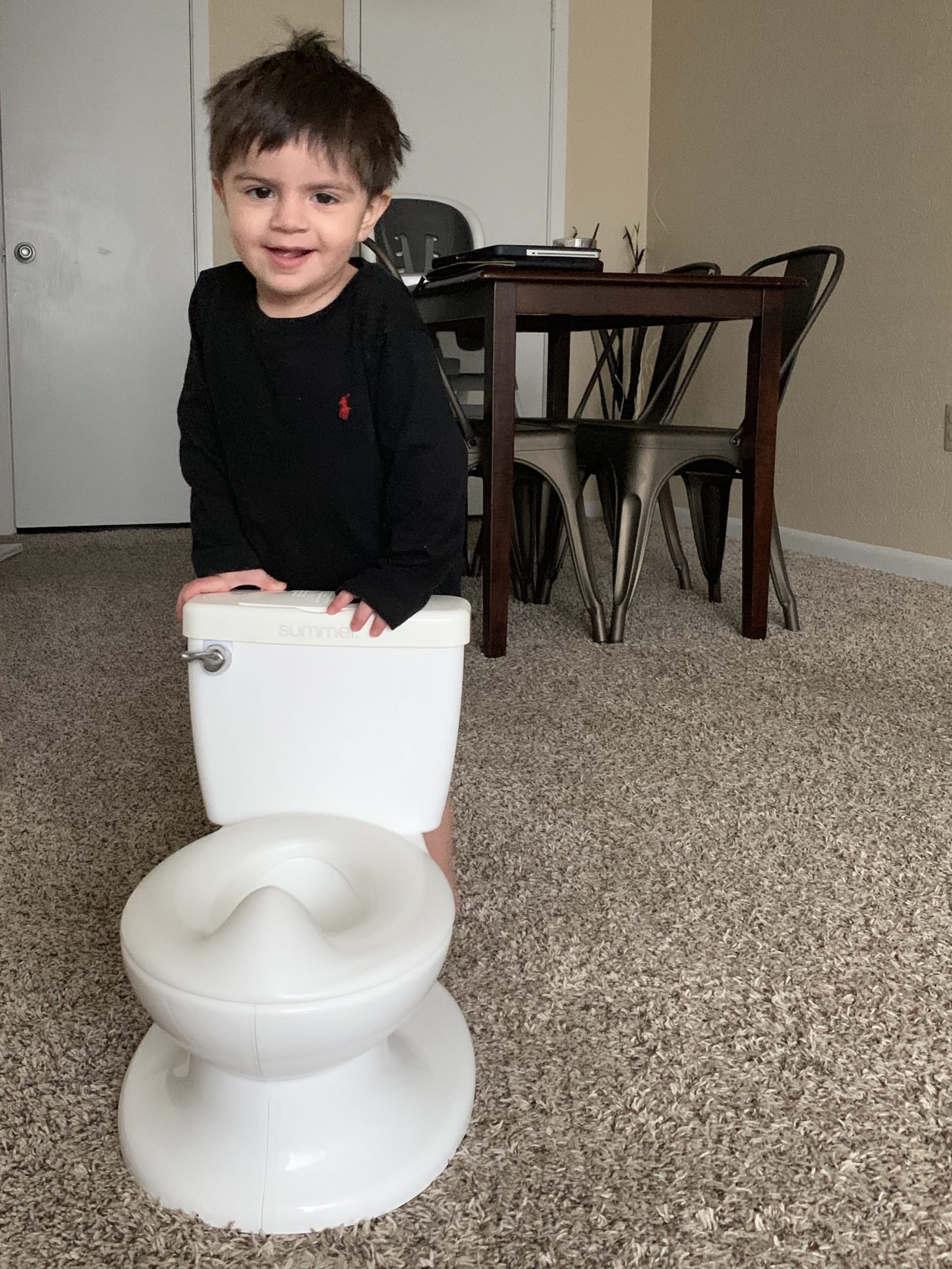 I originally started by purchasing Maxon a white, kid’s toilet off Amazon. It looked nearly identical to our own toilet, which I thought would encourage him to go. He is his dad’s mini-me, after all. At first, he was definitely interested, but it soon turned out he saw it more as a toy than anything. He would play with it, store his toys in it, and move it around. I quickly realized he wasn’t taking it seriously for its designated purpose. You always hear on parenting websites that they will tell you when they are ready, so I decided to take a step back and let him pursue potty training when he was ready. Well, it never happened, and until recently, I thought it was never going to happen.

Once he turned 2, I decided to try again. This time, I was a bit more persistent. I set up the potty right next to our own in the restroom and started him in training pants. He was definitely interested in the Pull-Ups but eventually started using them just like diapers. He would pee occasionally in the toilet when asked to, but eventually, he started to deny it altogether. As for me, I continued to believe he wasn’t ready although I began to feel guilty with each day he got older. Year 2 was definitely harder on us as a family since my husband and I were both first-year teachers trying to get a grip on things. Even our living arrangement made potty training much harder. Being in a 90% carpeted apartment made me extra anxious of the messes ahead. So when I realized my son wasn’t ready, I didn’t push it.

In my head, I had one goal: potty train Maxon by the time he’s 3. With my original goals thrown out the window, I figured this was a reasonable goal. But when year 3 came around and he still wasn’t showing any interest, I started to panic. I started to think that I had missed the potty training window. At 1 year old, he was too young. But now at 3 years old, he was too defiant.

With Pre-K 3 coming up, I wasn’t even sure if a school would take him not potty trained. Trust me when I tell you, I tried everything! I bought a tiny toilet and a frog urinal that spins when you aim right. I tied incentives and decorated the restroom. I set alarms in small increments throughout the day, but nothing would work. I would sometimes convince Maxon to sit on his potty, and he would just let out a grunt followed by the words “I can’t do it.” In his mind, he at least tried. I was beginning to feel defeated.

My last-ditch effort was to get him enrolled in Head Start, even though we were still in the middle of a pandemic. I had to weigh out the pros and cons heavily and decided he really would benefit from interacting with his peers. Heck, maybe they would even encourage him to use the potty! I was very fortunate that Head Start took him in with open arms and assisted in the potty training process. One week, his teacher even encouraged that I drop him off in underwear so he can try using the toilet. I was definitely weary because at home, he wasn’t showing signs of progress. However, I agreed and went along with it. The following Monday, I picked him up in the same clothes I dropped him off in! An absolute win! I couldn’t have been more proud and neither could he! He was finally excited and motivated to use the potty at home. From that day on, we had no problems potty training… that is, with number 1.

You see, what I failed to realize is that potty training happens in stages. Some boys learn how to go while sitting and then switch to standing. For our Maxon, though, he was instantly ready to stand and skipped the sitting down phase of potty training. However, I didn’t realize we weren’t quite out of the woods yet. It wasn’t until a foul stench encompassed our apartment that I realized that potty training was a two-step process in which peeing and pooping were separate stages.

Maxon has suffered from on and off constipation since he was born. I have been trying different products for years to regulate it, but on occasions, he still gets backed up. When he is feeling a little constipated, he has to try extra hard to make a bowel movement. In the past, I’d typically find him alone in a corner of the apartment pooping in his diaper in secrecy. But now that he was expected to poop in the potty, he couldn’t exactly hide somewhere. He was definitely scared at first to use the toilet for number 2. Pooping standing up, I’m sure, feels different from pooping sitting down. He just wasn’t ready to give the potty a chance for this second stage. He would often come to me and cry for a diaper he could poop in and my heart broke that he wasn’t willing to try the potty. I tried encouraging him to use the smaller potty for number 2, but even that was too weird for him. Not to mention, I’d have to clean up the dirty mess left behind in the plastic toilet. I thought long and hard about what my next move would be. I knew he was capable, but he was just too scared. I thought about buying a small seat that sits on top of the toilet seat so he would feel more comfortable using the real toilet, but all I could think about is what would happen if that flimsy seat slid off. He would surely get scared and never try again. I needed something more reliable. 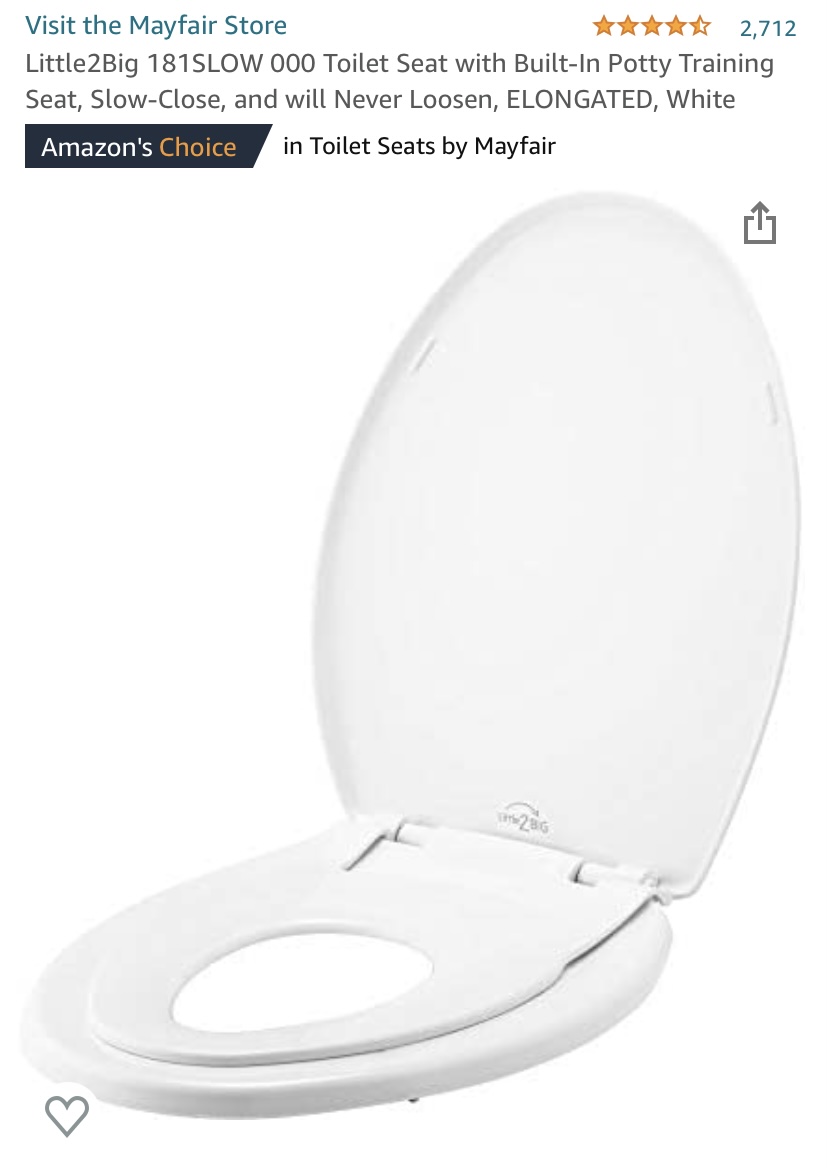 After sifting through many Amazon products, I finally settled on a seat that I thought would work. I opted for a toilet seat that would replace our current toilet seat with a built-in potty training seat. I also purchased him a curved stool that would sit flush with the toilet so his feet wouldn’t dangle off the toilet. I really wanted Maxon to have independence and autonomy when it came to using the restroom as I know how private he can be about going number 2. But with the other seats on the market, it wasn’t realistic to expect Maxon to place the separate potty seat on the toilet properly whenever he needed to go. I had finally found a product that would allow him to easily switch the seat for number 1 and number 2, that way if he wanted to go in private, he would be able to.

I knew this product would work but that it would also take some convincing for Maxon. Again, I tried everything! I even placed a jar of kisses (Maxon’s favorite) in the cabinet above the toilet for whenever he’d go as an incentive. Number 2 would mean 2 chocolates, but even that didn’t work. Eventually, there came a day where I could tell Maxon needed to go, and I did what all parents do best. I went against all parenting books, and I bribed him. I told him if pooped in his big boy potty, I’d take him to Wal-Mart and buy him any toy of his choosing. I was desperate. Eventually, he hesitantly made his way to the toilet and gave it a shot. I sat there for about an hour and a half. He was definitely shy about it, but I could tell he wanted me there for support. He would get up and walk around and then I’d have to redirect him to the potty. After nearly two hours of trying, he finally did it. The instant he heard the plop, his eyes lit up, and he screamed “I’m a big boy!” I almost cried tears of joy! We were so excited, we called everyone! This was huge for us. I knew that from here on out, there would be no more accidents because he was confident in his new learned ability.

Since that moment, we have not had a single accident. Each time he uses the potty for number 2, he is just as excited as the first time. Potty training is a roller coaster of ups and downs, but each situation is different depending on the child. Lean into your motherly intuition and evaluate your child’s strengths and weaknesses. I learned that my child was lacking in confidence because of fear surrounding the toilet, so I bought him a seat that wouldn’t fail him. Once we worked through that fear, there was no stopping him. So to all the parents struggling in their potty training journey, just take your time, and if you have to, a good bribe usually works.

But beware, they will expect a toy every time they drop a deuce.

If you are interested in more potty training tips and stories, take a look at our archives here! 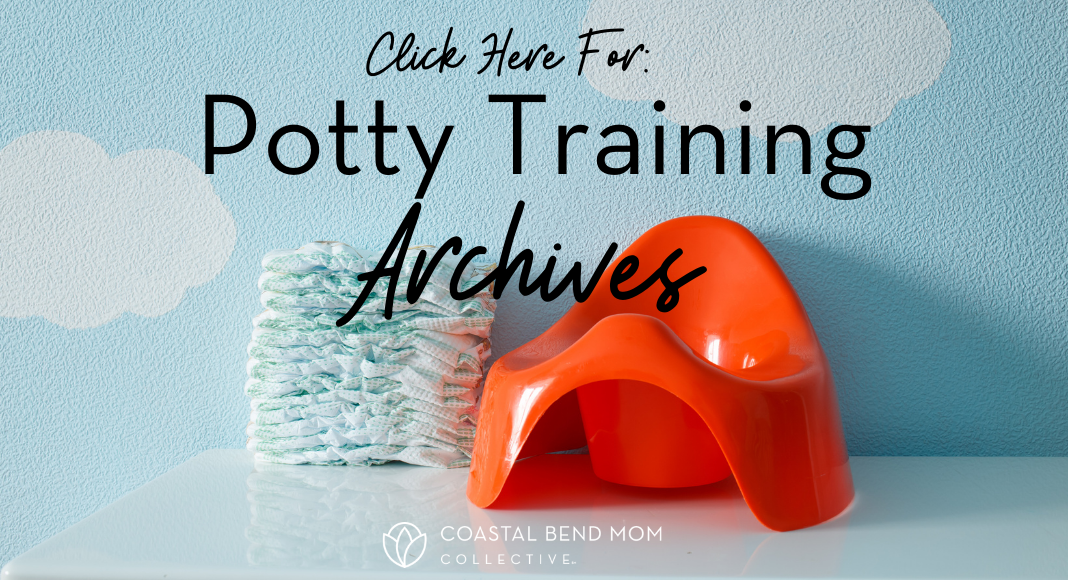 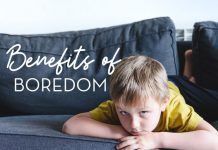 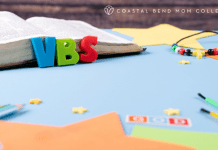 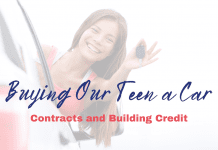