He Chose to be a Father. We are Glad He Did.

A step parent is someone who steps up to the plate that someone else left behind. 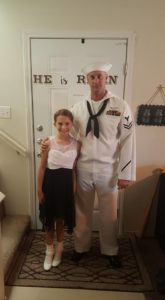 I had been ripped apart into tiny little pieces. I was a faded version of who I used to be. I was in the process of putting the pieces back together, fully realizing that the girl who got married at 19 and became a mom at 19 was gone. I had lost so much of myself in 5 years that I was searching for who I would become. That search meant I made mistakes, LOTS of them. I lost friends, I lost faith. I lost even more of who I was, trying to find some part of that young girl I used to be.

Then, I had a date with a man who I had no idea would change my life. Truthfully, he didn’t rescue me. He was not a knight in shining armor. He was a man who saw me. He saw the pain and let me talk it out. He helped put the puzzle pieces of myself back together.

He made me laugh, truly laugh. He loved me through the darkness of the maze of my broken heart. He loved us back to life.

He has seen us at our worst. He says he knew I was the one when he saw my daughter pitch a hellacious fit in a mall and I calmly picked her up, carried her to the waiting area outside the restrooms, and talked to her about her attitude and how our outing was over. 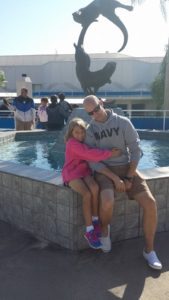 When you see my husband with my daughter, you would never guess that he stepped up where another man stepped out. To her, he is Daddy. They go fishing together, they go to Daddy/Daughter dances. He taught her all he knows about football and soccer. He even taught her to play poker (I may have not like that… she is only 11.)

We share the role of disciplinarian. We talk about punishments and consequences. I have his back, he has mine. The first couple of years weren’t like that though. I was very protective of how adults treated my daughter. If I thought he was being too harsh I had no problem calling him out on it. I had to learn to share my daughter. All I knew was that her father hurt her and I would never let another man do that. It took a lot of arguments and talking things out, but once I saw how much my daughter loved him and trusted him, I realized that he was a new dad and I had to let him make mistakes just like I have to make mistakes to learn.

In honor of Father’s Day, we are sharing stories of amazing local dads. 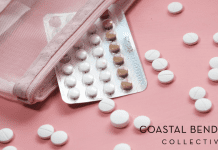 How I Save My Husband Tons of Money 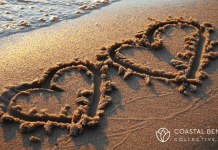 My Husband Wasn’t (Isn’t!) My Soulmate