I don’t usually craft from Pinterest. It’s pretty good for use in the idea department, but my fear is that I’m going to pick something, attempt it, and then cry into my wine as I stare disappointedly at my failed project. So, when I decided to craft something for Spring I wasn’t too sure how it would turn out. Luckily, it isn’t half bad.

What I picked was a Spring wreath, but I didn’t want to dive into pastels, since we don’t typically decorate that way in our home. I wanted to pick a wreath with a color scheme that would match our personality… stripe and floral. 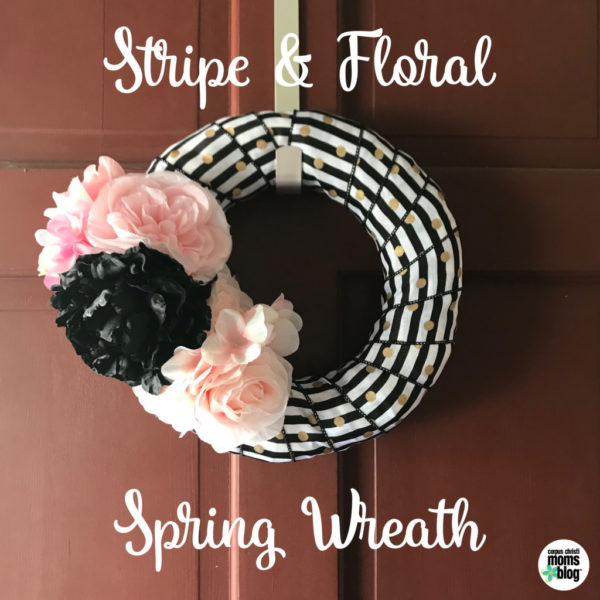 It’s important to note that I have never made a wreath before in my life.

When choosing a base to start with, I wasn’t sure if I wanted to use foam or straw, but I picked straw on a whim. No particular reason. If you have never used a straw wreath, please, for the love, DO NOT REMOVE THE PLASTIC WRAP. I almost did and that could have made this project an instant fail. 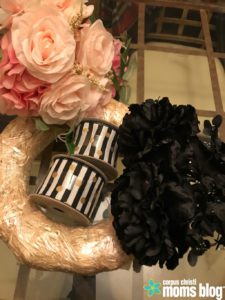 There was nothing very complicated about this. I just started by unspooling the ribbon completely so it was easier to work with. Both were needed, however it is important to note that I could have cut the second spool of ribbon about half way through. I have no plans for crafting with ribbon again any time soon and didn’t want scraps.

Wrapping the wreath was much easier than I thought. I just glued one end to the back and started wrapping, making sure it was tight and that it was spaced ok. When I was getting to the end of the second spool of ribbon, I wrapped it so that small portion left at the end could be folded and glued to the back. I did this, of course, so that I didn’t have an awkward situation in the front.

Next, I picked the flowers I wanted to use. Some of them did not have a backing on their petals, so I had to cut very carefully. I cut those as close to the top as possible, but made sure it was not too close so that they still had binding to keep the flower from falling apart. It felt very scientific to cut them, however, it was really easy. 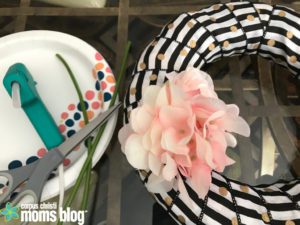 A few of the flowers needed to be a tad more reinforced than others with some extra hot glue, but other than that the simplicity of this project was astounding. I think I arranged them pretty well, considering the fact that I rarely have flowers in my household. I usually get them twice a year – on my birthday and on my anniversary. Even then, they just sit in a vase waiting to be filled with more water.

In any case, when I was finished I surprised even myself with how pretty it turned out. 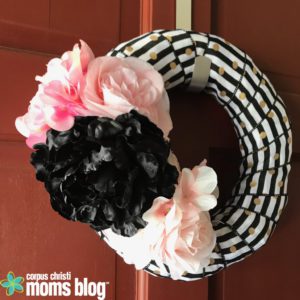 On a scale of easy to I-don’t-have-enough-wine-for-this, I’d say this is extremely simple and easy for anyone who gets the itch to craft, but doesn’t craft all too often.

I have three kids, so I have to get in my crafting time when they are asleep and I have no work to do. I would also like to encourage you to try as many Pinterest ideas as possible. I am very encouraged to continue to pick more ideas. I don’t really mind if they fail. This one turned out awesome and now I have a new wreath to use for Spring.

What Spring Pinterest craft have you created? I’d love to hear about your creations in the comments! 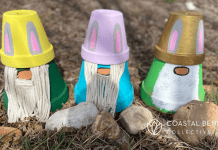 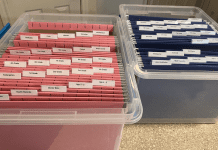