While disasters such as Hurricane Harvey leave a path of destruction and upset lives, they also tend to bring out the giving nature of many folks near and far.

As soon as the hurricane passed and emergency crews began canvassing the areas, people from around the country start gathering clothing and other donations to send to the affected areas.  People close by in neighboring (but less affected) towns, as well as those from other states, began cleaning out their closets drawers to send clothing to those affected.  What began as a well-intentioned offer of help quickly became what disaster workers term “the disaster after the disaster.”

The influx of disaster donations of clothing and other non-essential items can quickly create a huge mess that overwhelms local disaster volunteers and city officials.

The overwhelming influx of clothing donations is a headache that every single post-disaster relief effort has had to endure.  You can Google “disaster clothing donations” and many articles will pop up showing mounds of clothing (such as those in the photos) sitting out in the elements.  I was assisting on the ground with relief efforts in Rockport and within a day or so, these same piles began mounting parking lots of damaged storefronts.  About two weeks post-Harvey, I drove out to Bayside to assist a friend whose home had been severely damaged.  Again, mounds of clothing piled up on street corners and parking lots.  That same day, my fiance and I drove from Bayside to Woodsboro to Refugio – again, pile after pile of donated clothing just sitting out in an open area.  On this particular day, we had significant downpours of rain.  All I could think of was “Dang!  All these clothes are ruined and will never benefit those who need them!”

Why does this overwhelming influx of clothing donations happen?  I think for many, we are conditioned to want to help our neighbors or fellow humans in their time of need.  Not knowing what else to do or how to help, it is easy to just clean out the excess from our closets – especially those who’ve been wanting to do some “Spring cleaning” anyway.  Their thoughts are in the moment of wanting to help – oblivious to the bigger picture of what happens after they drop off their bags or boxes of clothing donations.

Here is the bigger picture once those items are delivered: 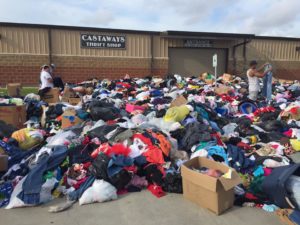 So what CAN you do to help after a disaster such as a hurricane?

I know many are hesitant to send actual money because of the uncertainty of how it will be spent. The reality is that financial assistance is the best way to support the relief effort.

Why? Because the actual supplies needed can be ordered and delivered (already sorted/organized) and distributed much easier.  During Harvey relief, we would receive 18-wheelers full of cases of water.  I’m not even joking when I say cases of water were like Starbucks and Jalisco’s – on every corner!  We had enough water to get us through the next three Corpus Christi water crisis!  Excess disaster donations of food, clothing, water, and other supplies quickly littered the landscape.  What we really needed were donations of muck-out supplies like rakes, shovels, heavy-duty trash bags, bleach, wheel-barrows, pet food, pet crates/cages, baby supplies, medical supplies, and a few other specific items.  Having funds to use would enable the relief station leadership to order exactly what was need – and be mindful that what was needed in Rockport varied a little from what was needed in some of the lesser impacted areas.  I would troll Facebook and see comments like “if you have too much just give it to the residents so they have enough for later.”  My response is this – “Where exactly were the residents supposed to store it since their homes were completely destroyed and they were living in tents?” 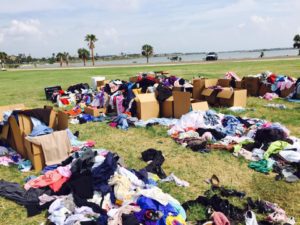 THIS IS THE REALITY OF POST-DISASTER DONATIONS!

If you have clothes to donate, the best thing to do is SORT them and box them up by size and gender. (Label the box.)  Also, please ensure they are washed first.  Just imagine that you just lost everything and went to a donation station for clothes and the best they could offer was stuff that smelled like cigarettes or mildew.  It can really lower your morale much more than it already is!  Then, CALL around to find out who can accept it.  After a major disaster, the Emergency Operations Center (EOC) is set up and volunteers are assigned many duties including public affairs.  Someone from the EOC would have the information on where clothing donations can be taken – or in the case of Harvey – they will tell you flat out to NOT bring any clothes.  We had trailer after trailer after trailer just show up, unannounced from all over Texas as well as from out of state.  They just loaded up and showed up without a plan.  Then, many were upset and offended when no one would accept their offerings.  Many times, it is better to just hold off until the immediate relief is winding down and residents start getting relocated.

Several weeks to a month after an event such as Harvey, needs have moved passed food and cleaning supplies to house items as residents get moved into places of their own.  You may start seeing calls for clothing donations at that time.

So next time we have a major disaster here in the Coastal Bend or anywhere else around the globe, think twice before loading up your car with all the boxes of clothes from your storage or cleaning out all your kids’ outgrown clothing and rushing it to the affected town.  Call around to find out what exactly is needed and consider hosting a drive for these specific items.  Ensure you have a definite point of contact who is expecting your donations.  If you live in a neighboring town, consider volunteering by setting up a location to accept clothing donations and soliciting volunteers to help you manage it.  Remember that MONEY is always the best option!

For Coastal Bend recovery, my highest recommendation for sending financial donations is the Coastal Bend Disaster Recovery Group (CBDRG).  I’ve served on their Board and worked with many of their volunteers.  They are the real deal!  CBDRG is made up of local volunteers – many of which work for or volunteer regularly with other social service agencies in the area.  They come in after the all the federal, state, and other “immediate needs” resources have departed and moved on to the next disaster.  They get the spreadsheets of everyone who has applied for assistance with FEMA, Red Cross, and other agencies and use their funds to assist in actually rebuilding homes and/or making necessary repairs to bring the home back to “livable” status.  They are completely funded through donations and a few grants and I’ve seen first-hand their efforts after the flooding and tornadoes from several years ago.  They are considered part of the “long-term” recovery effort.

Hurricane Harvey caused serious destruction in Houston, but also in small towns along the Texas Gulf Coast, which were seriously damaged or destroyed. From Port Aransas and Rockport to Woodsboro, Bayside, and Tivoli, our community and its history will never be the same. So we’re sharing stories of love, loss, strength, and survival in the Coastal Bend. 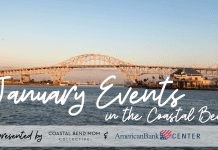 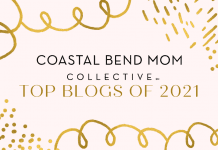 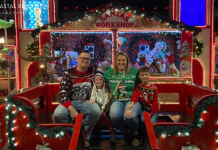