Editors note: We are so excited to have a Corpus Christi dad’s perspective on the blog today! We also CANNOT WAIT to get his book in our hands and, hopefully, put together some fun book events for CCMB readers! Super special thanks to F. Anthony Falcon for sharing the beautiful and brave story of his wife, son, and himself.

As the one year anniversary of Hurricane Harvey approaches, many residents of Corpus Christi and the Coastal Bend will reflect on what impact the storm had on them and their families. For Vicky (my wonderful wife) and me, well, we will have a reminder every year that brings a different kind of storm with him. Our first child, a little boy we named Lakota Cade Falcon, after the Lakota Sioux People, arrived August 24, 2017. 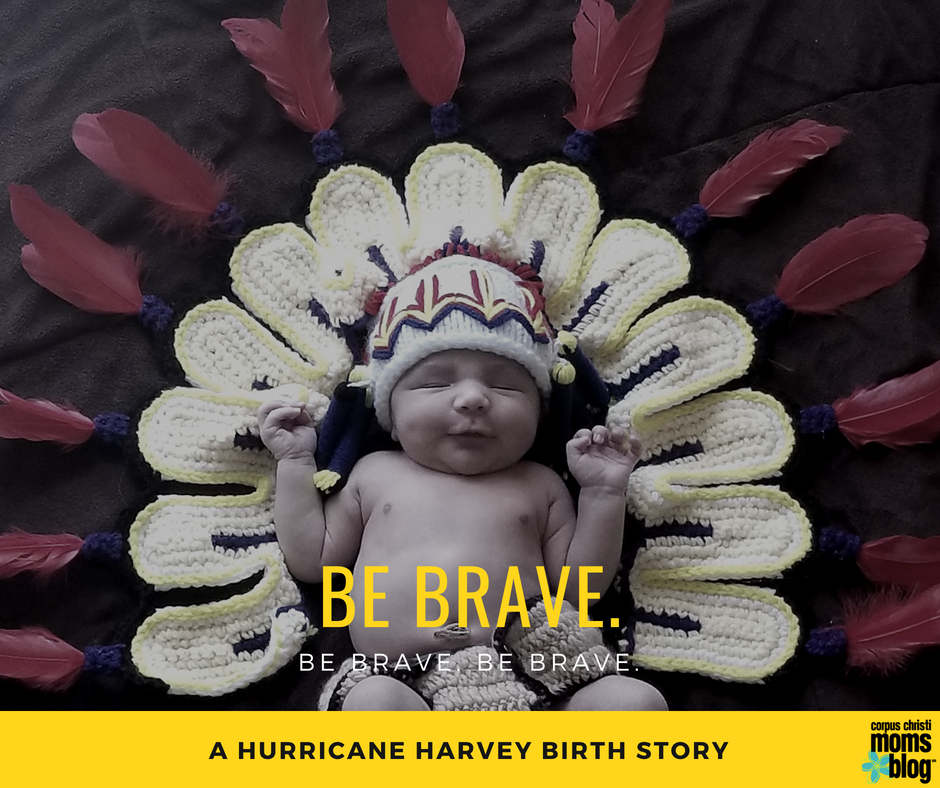 That’s right, the day before Hurricane Harvey made landfall. To say our experience with the Hurricane was eventful is an understatement.

When my wife went into labor on August 23 rd at 6 AM we did not expect or plan for the rollercoaster ride we were about to go through, which included: a complication during delivery, a NICU stay, an evacuation to San Antonio, and a book deal.

But let’s start at the top.

My wife labored all day and night and our son arrived at 12:02 AM on August 24 th 2017. The experience of being there in support of my wife and witnessing the birth of our child is indescribable. People always tell you this when talking about child birth. They always say, “You have to experience it,” because it’s so hard to put into words. And they are absolutely right. As they cleaned Lakota up, I took pictures of my beautiful son and life couldn’t have been any better at that moment. One look at my mother in law took me out of my dream world and brought me back to the harsh reality of child birth. I followed her eyes to the doctor treating my wife.

“What’s going on Doc?” I asked, not understanding why there was so much blood.

“Things aren’t going back to where they should but everything is okay,” she replied.

Nothing I was looking at looked okay to me at that moment. It dawned on me something serious was happening. As I started towards my wife’s side, the nurse asked me to take Lakota to my wife for a
picture. Vicky had yet to hold her son – and she wouldn’t get to for at least another 8 hours. We were able to get one picture while the nurse held him up next to my wife. She managed to smile slightly through her pain. After the picture was taken she shook her head and said she couldn’t. I could see she was in enormous pain. I went to Vicky’s side. But nurse told me I needed to leave with Lakota. She said he was sick and needed to go to the Newborn Intensive Care Unit for treatment. I told her I wasn’t going to leave my wife in the condition she was in but the nurse explained they couldn’t leave for NICU without me.

I had to leave my wife there. Not knowing if I would see her alive again.

After a very long thirty minutes in the NICU I went back my wife’s room where they were still working on her. They had blood ready and had prepped an operating room because it was not looking good. I had to step out because there were too many people in the room working on Vicky and I did not want to fall apart while the doctor and nurses were busy with my wife. Thankfully, just a few minutes later the doctor emerged from the room and informed me they had stopped the bleeding and Vicky was going to be okay. I went to her side and held her hand, relieved she was out of danger. We finally went bed around 4 AM…not knowing the morning would bring us another test.

I woke up four hours later to find my wife absent from the room. She had walked over to the NICU to finally hold her son – eight hours after giving birth. I joined her and together we took in the miracle we held in our arms. We finally felt everything was the way it was supposed to be after the eventful night before. Lakota was being treated for an infection and a high fever. They were also monitoring a kidney issue he developed late in the pregnancy. While we were enjoying the time we had with our son I noticed the nurses talking and moving along as if something was going on.

At that moment I thought to myself, “not again”. 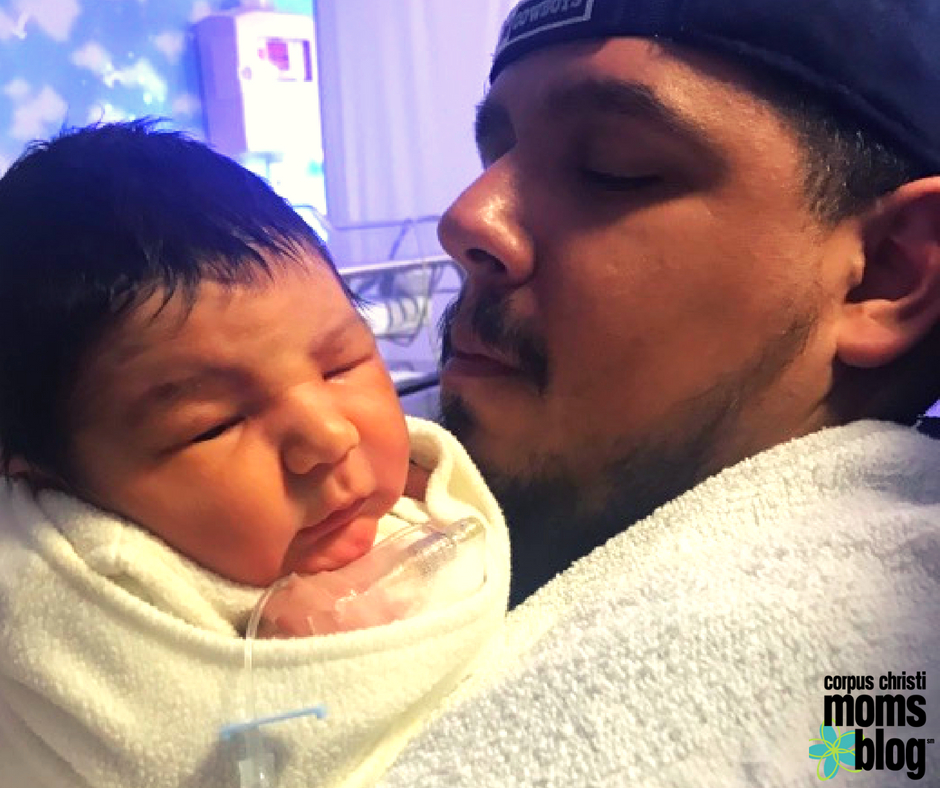 The nurses informed us a short time later they would be evacuating all of the NICU babies ahead of Hurricane Harvey’s expected landfall in the next 24 hours. We couldn’t believe our son was being taken from us again as we were finally all together in one room. We had to leave as they prepped the more critical children for evacuation. A few hours later they had us come back to the NICU to say goodbye to Lakota as he was put in a car seat to be transported by ambulance to San Antonio… less than 15 hours after he was born. We took a little comfort knowing his nurse from Bay Area Medical Center was traveling with him. Emotionally, my wife and I were a wreck after everything we had been through. I do not know how Vicky kept from falling into a depression.

She never ceases to amaze me with her courage and bravery.

Vicky was discharged an hour later with hardly any recovery time and still in pain. We went to our home where my sister and nephews met us to help prep our house for a Category 4 Hurricane. In less than 2 hours we were on the road for what would be a nearly 5 hour trip to San Antonio to be near the hospital Lakota was at. We spent the next four days going between the hotel and a makeshift NICU at Stone Oaks Methodist Hospital in San Antonio visiting Lakota. While at the hotel we realized that Vicky was still suffering from serious complications of the birth and subsequent wounds – wounds that didn’t ultimately heal for several months. She amazes me every day and I definitely have a new level of appreciation for her. 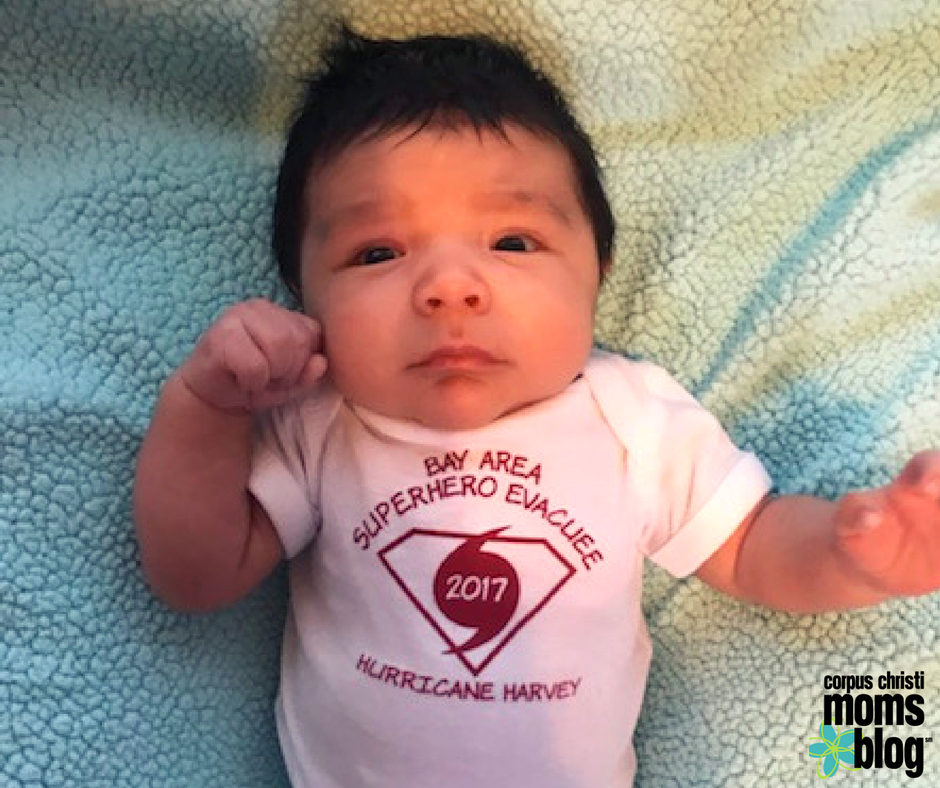 When we were finally able to leave San Antonio and take Lakota home we were thankful that Corpus Christi was spared the worst of Harvey and we came back to an intact home. The first few nights as new parents were pretty rough filled with sleepless nights, dirty diapers and a lot of crying.

A few months later I was talking to Lakota, while rocking him in my arms, and began to explain my expectations for him growing up. I spoke to him of my Native American heritage, and how brave the indigenous peoples of America were in their struggle for survival in the late 1800’s. My tribe is unknown to me and my family, but I am on a journey to find them for my son and myself. My DNA tests have confirmed my Native American blood but DNA will only get you so far when it comes to applying for membership to a tribe. Regardless, I know where I come from and was exposed to some of the culture and traditions by family members as a child and I am very proud of my Native roots. These were values I want my son to have as he grows into a man. 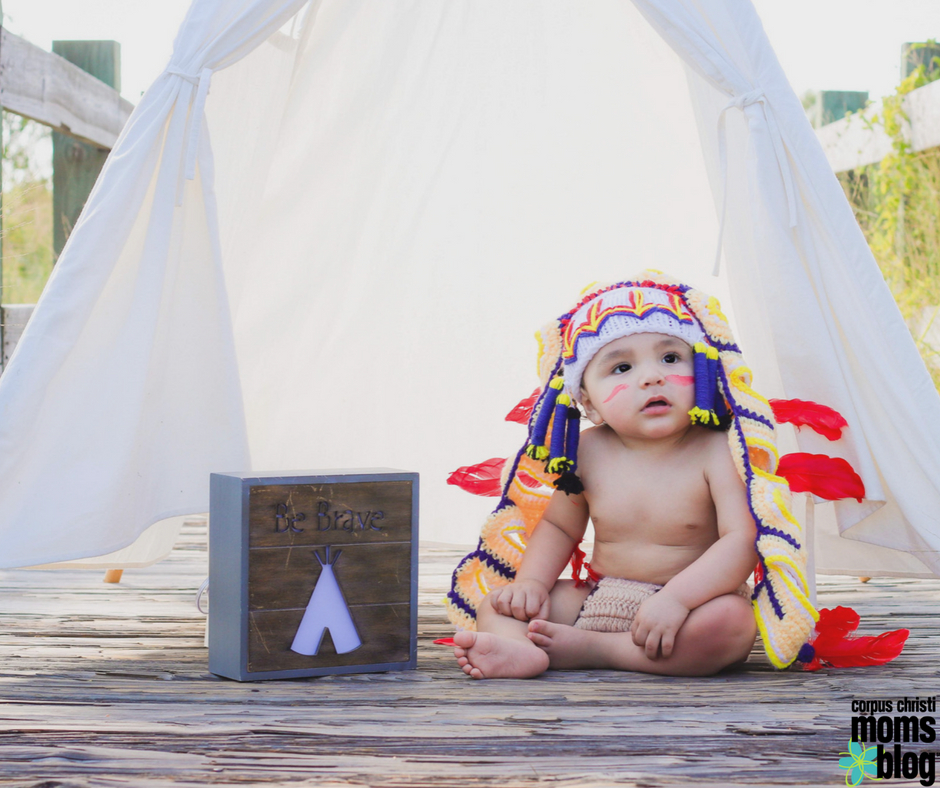 My wife suggested I write a book for him so he will always have my words with him. When the book was complete a friend of mine asked to read it and loved it. She suggested I try and get it published and gave me information about a few publishers she thought would be interested. To make an even longer story short, I submitted the story to a publisher and they rejected my story! There was some good news though: the publisher was interested in me writing a story about Lakota’s birth, Hurricane Harvey and my Native American heritage all rolled into a children’s book.

After a few days pondering how I could get all of that in a children’s book I wrote a story I called “Be Brave” which encapsulated everything my little family had been through. A few months later the publisher, POW!, offered me a contract to publish my story!! What a crazy ending to a very emotional, frightening and difficult time for Vicky, myself and Lakota. The book will officially be titled “Be Brave, Be Brave, Be Brave” published by POW! Kids Books out of New York City and will release Spring 2019 online and in bookstores all across North America. We have an amazing illustrator by the name of Trisha Mason, who also has a Native American background, bringing my words to life and as a family we are beyond excited for the release.

One of the many themes in the book is the role your mother plays in your life. My mother, my grandmother and of course my incredibly brave wife are featured in the book.

For all the great and incredible mothers in the world who gives all the chance to reach for the stars and Be Brave, I would like to say Thank You. 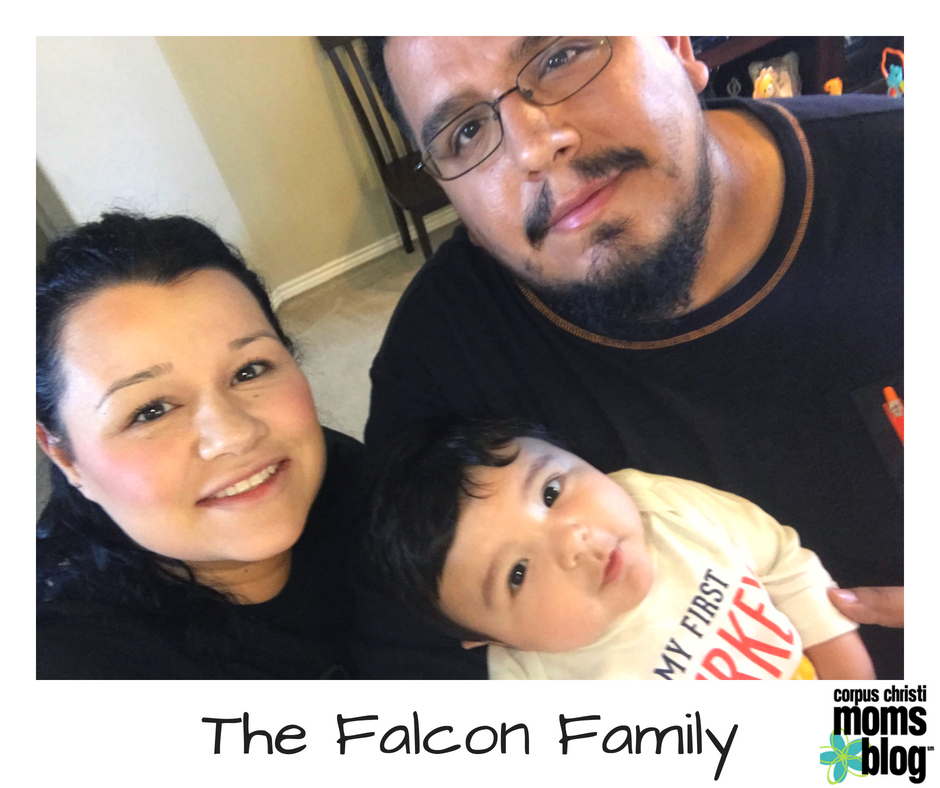 About the Author: F. Anthony Falcon is the author of Be Brave, Be Brave, Be Brave, a children’s book set to release in Spring of 2019. His love of history has led him to research his Native American heritage, which he is very proud of and features prominently in his writing. The most important people in his life are his wife Victoria and his son Lakota, who currently reside with him in Corpus Christi, Texas. 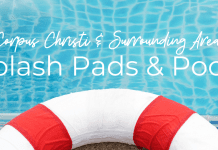 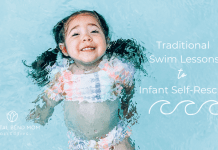